New Delhi, Aug 30: Prime Minister Manmohan Singh emerged from his Rajya Sabha joust this afternoon springy of step and momentarily cheeky of tone. “Theek kiya?” he wondered to an aide, affording his deadpan demeanour the most fleeting relief of a wry smile: Did I do the right thing?

He’d be told soon, stepping into Parliament’s Central Hall en route to his offices from the upper house. He was instantly gobbled up by a gaggle of junior ministers and Congress MPs gushing in felicitation: Just right, Sir, slammed them the way they deserved to be, was the sense of the ecstatic hubbub. Ram Kirpal Yadav of the RJD joined in as rep of ally benches. “Kamaal kar diya sir, chup kar diya, aap hamesha bina kagaz ke bola keejiye.” (Splendid job, sir, you silenced them, you should always speak without a prepared text.) The Prime Minister seldom walks casually into the Central Hall; he hovers there even less, preferring to fox-trot the stretch when he has to. Today, he may have had intimations ovation awaited him. 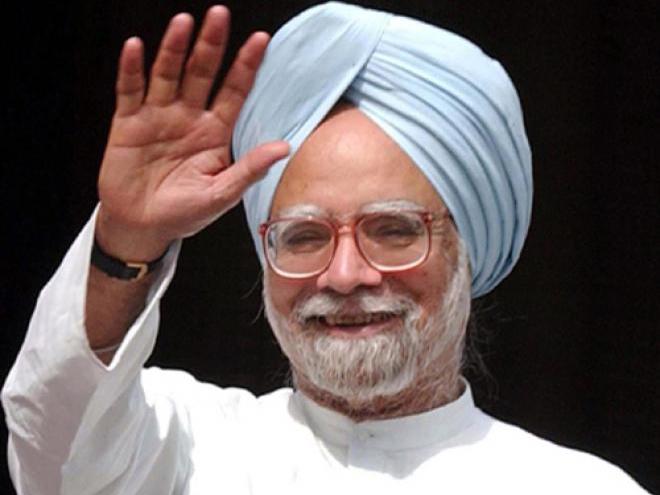 Singh, actually, did have a prepared text, although he appeared not to speak off it; it was a text simmering in his head. He had come ready to spill it on the Opposition, to give back some of what had been heaped on him.

The pinhead of his migraine was the Opposition’s invective on personal integrity; his premeditated intention was to shame its authors. “Have you heard of any other country where the Opposition walks into the well (of the House) and shout Prime Minister chor hai, Prime Minister chor hai?” The benches behind him rippled in vocal buttress — hear, hear!!, thump thump. The benches across sat startled by the bolt.

By the time leader of Opposition Arun Jaitley rigged up his response — “Have you seen a democracy where the Prime Minister won a vote of confidence by buying members of parliament? — Singh’s sting had burned deep into his adversaries; Jaitley sounded like old wine to Singh’s new vitriol. He was about to launch a booster assault, damning the Opposition’s parliamentary ethics. “If you are worried about investor confidence, the conduct of Parliament is an important factor,” the Prime Minister chided the Opposition, “Parliament is the supreme body in our country, the sad truth is Parliament is not allowed to function session after session.” He also put the Opposition down as churlish, his eye clearly on an audience larger than the 200-odd in the Rajya Sabha: “Have you ever seen a situation where the PM of the country is not allowed (by the Opposition) to introduce the members of his council of ministers?”

Singh fronted allegations of corruption but flayed the opposition for using it as a ruse to stall legislation. “Corruption is there, has been there,” he argued, “In the recent years the RTI and various agencies have brought out certain things that are regrettable but they can’t be reasons to disrupt Parliament.” To backbench catcalls insinuating his involvement in the missing coal ministry files, he responded aghast: “But I am not the custodian of files of the coal ministry!”

Today’s bellicose turn is the latest in what has become the Prime Minister’s standard parliamentary practice. He retreats into spells of silence, refusing to engage, allowing the Opposition to inflict insult — ineffectual, disabled, speechless, corrupt. Then, at a chosen moment, he springs a hammer from the depths of feeble vocal chords. He did that in March, replying to the motion of thanks to the President’s address with his “jo garajte hain woh baraste nahin … those that thunder never bring rain” assault. Rankled by what he called “abuses” hurled at him and the Nehru-Gandhis at a BJP convention days before, Singh recoiled. “In 2009 they (the BJP) fielded their Iron Man Advaniji against the lamb that Manmohan Singh is and we all know what the result was .The BJP will lose again because of its arrogance…I am convinced that if people look at our record, they would repeat what they did in 2004 and 2009.”

He’d attacked the BJP in pretty much the same vein on the eve of the monsoon session last year, donning the war paint and flexing with pre-emptive jabs to fend off attack on failure to contain or punish corruption in government. “We are not afraid of discussing issues of corruption,” Singh had said, “The Opposition has too many skeletons in its cupboard.”

If the Opposition cried foul the Prime Minister often appeared to be making a political speech rather than reporting to Parliament on the state of the economy, Singh would have happily pleaded guilty. His government was at the receiving end of a pointed political dare whose contours emerged soon after the Rajya Sabha duel. L.K. Advani led a memorandum lobby to President Pranab Mukherjee today seeking to advance elections as a “way out of the economic crisis”, not unaware Rashtrapati Bhawan has no locus on recommending early polls to a government with floor majority; it works the other way.

The Prime Minister’s Office dismissed that plea indifferently. “No question,” sources said, “We are not here to oblige the Opposition, we are here to complete tasks in a mandated term.” As bulwark against any notion of early elections, they also recalled UPA chairperson Sonia Gandhi’s statement of last Saturday — “Our aim is to go till the very end (of the government’s term)”.

That the Prime Minister held his patience on allegations perhaps only serves to confirm the sense that UPA II considers its tasks unfinished yet. Singh’s counter-blast was timed go off after two big-ticket bills — food security and land acquisition — had gone through the Lok Sabha. “He saw to it that his anger did not become the excuse for any disruption over these bills,” an official said, “The Opposition will only embarrass itself if it tries stalling tactics in the Rajya Sabha. More legislation and executive action in on the way, there is time left.”