What would we do without our lasches? Ever wondered? Perhaps not, because you had no opportunity or occasion to. A world without lasches? Unthinkable. Why even wonder what we would do without lasches when there is such a cascading abundance of them all around among us? Lasches to the left of us. Lasches to the right of us. Lasches behind. Lasches in front (Or, the lasches that have not yet turned to lasches but most certainly will in the days to come, the way we are going).
And through such a blizzard of lasches we barrel on, volleying and thundering. A lasche gets flung in the air, four lasches are flung back in retort. You claimed a lasche? Here, take four lasches. Tum ek maaroge, hum chaar maarenge. Tum chaar maaroge, hum solah maarenge. And so on and on and on in cataclysmically doubling multiples until everything all around has become a mangled heap of lasches, such that my lasches are indistinguishable from your lasches.

END_OF_DOCUMENT_TOKEN_TO_BE_REPLACED 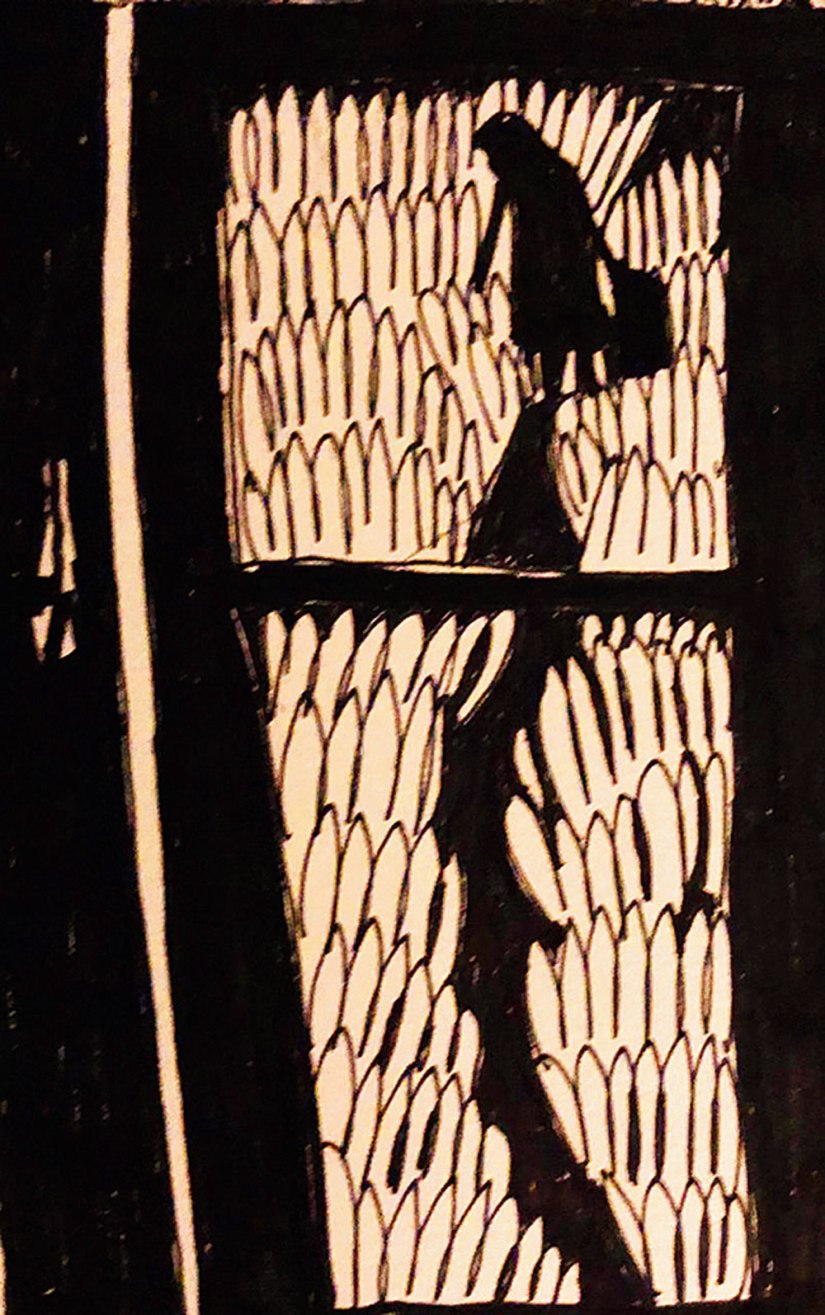 You know what’s flying about? The flu. I mean it’s flying about like some fantasy. Like pigs were flying. They are even calling it the swine flu. Probably because those that should know also know that it is really pigs flying. Unbelievable. But true.

Or swine flying. Everywhere. Swine are flying. Birds are flying. Both could be flying with flu. Like that boisterous game of laughter and destruction, like them being shot out of a catapult at shaky and unshakeable things. And then all of them or at least some of them bursting into flames and flashes on impact. And we are getting plastered under the flying swine. They are pissing down all manner of pestilence as they crisscross overhead: aches and fevers, sores and welts, wheezing and coughing, nausea and its unpalatable consequences, belly rushes and its even more unpalatable consequences. It’s all bombing down the skies from their flying swine. You get hit by one of them flying swines and WHAM! You are flu.

Not a safe time to be outside under the open skies. Not a nice feeling to be impacted by one of those pig projectiles, it can quite assuredly be said. Somebody had recounted a memory somewhere — somebody who had evidently survived the widespread and absolute reduction to cinders — that when LittleBoy came to drop on Hiroshima, beings evaporated so instantaneously, their shadows took time to catch up; they lingered a trice before they vanished too.

The impact of pigs flying about may be no less surreal. Imagine only just what a defiance of gravity that must mean — bolts of leaky, malodorous lard jetting about. Doesn’t make a pretty picture getting stuck — you, your shadow, your past and future alike — in what they leak and slam down. It is one of those times you would think it a fortunate thing that Mahadeb is not out there astride his throne of timber and tin handing out cups of tea in earthen bhaanrs. Or even, when on occasion sought, coffee.

For where Mahadeb sits, or used to, there’s no protection from the skies and what may lie above and beyond. He plies his trade, or used to, under sun and rain and wind and whatever else it is they churn. But now there is none of those wondrous things about in the skies — no sun or rain or wind or whatever else it is they churn; there’s only swines flying licentiously dripping lard.

But believe me you, it’s not new. Pigs have been flying overhead and dropping scourges and outbreaks upon us a while now, quite a while, a fair number of years, maybe four, or a little more. It has been a time of pus and virus deliberately infused into the air, like that lard spewing down; a time of fraudulent fable and fancy falsification, of slander and vilification and revilement, of plain and brutal lies employed as instrument of animosity, of subterfuge invoked to stereotype and subjugate, of plain and laughable lies invented to brew non-existent glories — prehistoric, or ahistoric, myth as patent truth.

So we have had ancient impotence remedied with artificial insemination remotely triggered from the heavens. We have had the good god reduced as mere proof of plastic surgery. We have had eminences course across the skies in objects during times yet undated. Imagination is a many-splendoured and wondrous thing, it’s one of the things our species is blessed with; but imagination isn’t always the truth, or even what is or could be, or could have been. 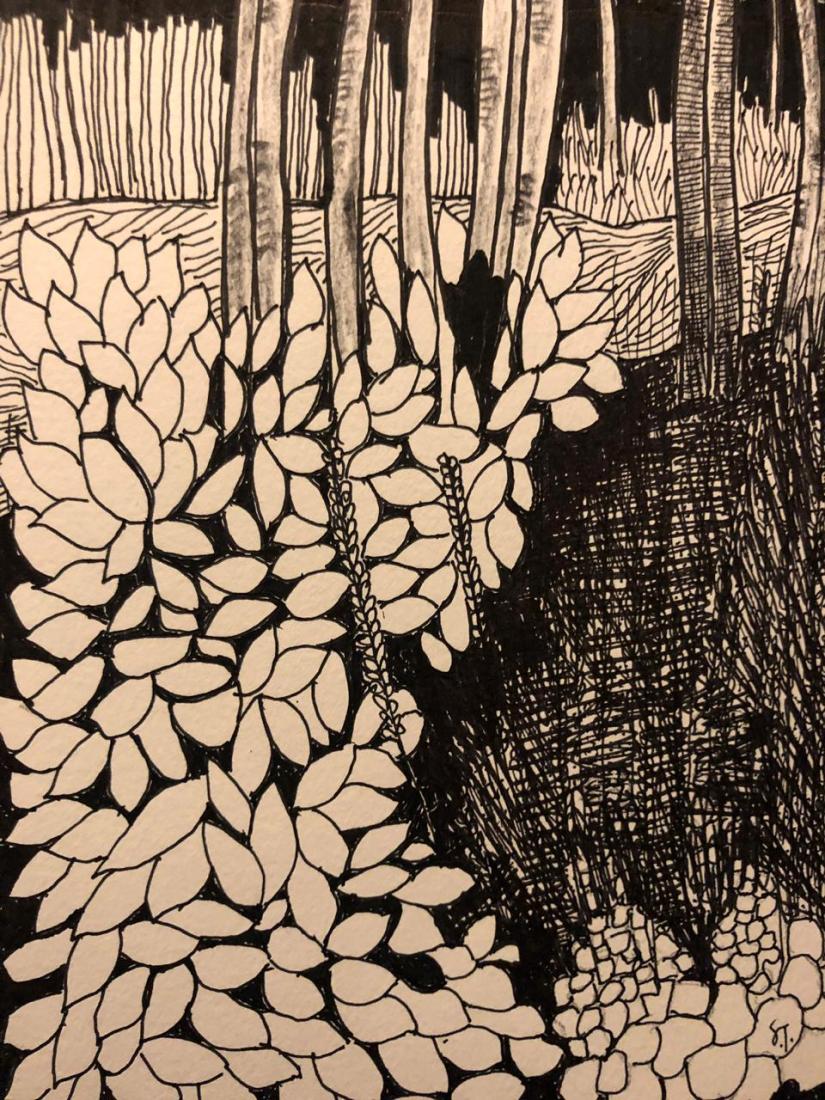 Get the bud. Get it? Now go get it. It’s out there and it’s simple. Get. Bud. Get. Didn’t get it? Bud followed by Get? Ah. Got it? Now go get the bud, man. Oh, I mean go get the bud, woman. But that sounds a bit, what do they call it in watchamacalit? Politically incorrect. That’s what “Go get the bud, woman” sounds like. You know, INCORRECT! How dare you Incorrect. But here’s the problem, or tell me if I am wrong.
I would probably have gone down to Mahadeb and posited this to him — as I often posit flaming dilemmas to him — and been satisfied with what he said because he is a no-nonsense wholesale agent of common sense and uncommon wisdoms and he would have said it like it is. But he, alas, isn’t there astride the cart across the street and there isn’t the opportunity at the moment to run down and pose a question to him between servings of piping tea or coffee in those earthen bhaanrs whose absence everybody rues so much all the time.
Mahadeb would have said it like it is. Without fear of the politically correct or any favour to the politically correct. What is this notion of politically correct, after all? What is correct is correct, what is incorrect is correct. Actress is correct. Check your dictionaries. Spokesman is correct. Check your dictionaries. Spokeswoman is correct. Check your dictionaries. But no. In the surreal realm of political correctness all of those things that are correct become incorrect. You can’t call the blind, blind, would you believe it? Or the short, short. Or the disabled, disabled. Or a servant a servant, unless it is being employed in an utterly duplicitous and dubious manner to denote the very opposite. Like someone we all know all too well likes to call himself servant of the people whereas what he really is, and wants to be more and more, is an absolute and absolutist master. The same one, you’d know him, bhaaiyon-behnon!
But such duplicity is not the PradhanServant’s exclusive domain. It is far more pervasive. I mean in order to prove they are worth more than they are generally thought to be, they want to be the ones who wear the pants. Not pants as in pants with those two chutes into which legs slide and which we used to at one time get tailors to stitch. Pants as in metaphoric pants. Pants as in She Is The One Who Wears The Pants. Leh! as they say. Or even Ladakh. What inverted travesty is that!? They want to wear pants, whereas they should be aspiring to make men wear skirts or saris or whatever it is they wear. They aspire to be men, when men are condemnable folk, totally and utterly. Agreed. Don’t seek to wear pants. Don’t seek out a separate queue. Be a woman, man! Turn chivalrous. Don’t wait upon doors to be opened, begin opening doors.
For a start. But we are very far from that start. We are still fighting over things past and seeking to change them. Third person pronouns, for instance, cannot be He. He has to be She. Man. Woman. Child. Child is the father of man, we have been told. Or no! Mistake. Oh no, again! Can’t say mistake, can we? Okay then, mistertake. Soon will come a time history will  be called herstory.
Whooooosh! Bhrooooom!! What? Was I dreaming? Who was making that terrible case against the Ladies in my dream? No, not dream. Nightmare. Must have been some Layda, some layabout lout. What vile nonsense was he spewing? Even though we are well used to it now, even though it has been nearly five years of nonsense being spewed upon us. Where were we, but? At Bud? And Get? We always digress. (Psst, and when it’s the ladies, digression is the way to go.) But we were at Bud and Get. Also known as that budding star who is getting all things:
PayPushKoyal, who else?
Look I am so thrilled I’m beginning to bud
So here’s a case full of goodies for you
I do the bidding of the one and only stud
So the goodies are jumlas, and that’s your due.
https://epaper.telegraphindia.com/imageview_252227_112613181_4_71_10-02-2019_17_i_1_sf.html
February 6, 2019March 3, 2020 Sankarshan Thakur

One of his key tenets of leadership Nelson Mandela had grasped from the pastoral practices of his ancestry. He used to call it leading from behind, just like herders of the African bush would daily lead their buffaloes and kine. Such translation of native mores to political doctrine probably dropped on him during his Robben Island ruminations, and his inability to physically lead the anti-apartheid struggle from the front; internment meant he could only ever have done it from behind, from the remove of prison. Someone in the Congress, someone of worth and influence in the party, should give Mandela’s principle a serious ponder – the principle of leading from behind. For if the Congress president, Rahul Gandhi, is to effect the dare he made so volubly and unequivocally on the evening his party snatched Madhya Pradesh, Rajasthan and Chhattisgarh, leading from behind may be his most workable – even probably only – option. “Hum inko jeetne nahin denge,” Rahul had said, freshly flushed from his breakthrough breach of the BJP fortresses, “Hum inko harayenge.” (We shall not let them – the Narendra Modi-Amit Shah regime – win, we shall defeat them.) END_OF_DOCUMENT_TOKEN_TO_BE_REPLACED

February 3, 2019February 3, 2019 Sankarshan Thakur
Nobody loves Bindus. It might often and rightly be said even Bindus don’t love Bindus. MahaKaljug! What has Brahmaand come to! Wake up, chew the toffee! You are being told a truth hitherto untold — nobody loves Bindus. And if you happen to be a Bindu, be told that nobody loves you either. Understand? Nobody loves you because you are a Bindu. Start to behave like an unloved one. O Bindus, the time has now come to do unto others what has been done to you — make others feel as unloved as you are. Make them feel exactly what it feels like to be a Bindu in this world. Bindus are in danger, Binduism is in danger. But Bindus have been negligent of their rights and requirements all this while. Bindus have been lulled and taken for a long ride in that lulled state. Such a long ride that they have come a very long distance from being and behaving as Bindus.
Such a long and lulled ride that Bindus have forgotten their identity, Bindus do not know they are Bindus, or don’t even want to know. Because they have become purged of the sense of being Bindus.