Last fortnight, I spent some time in Kashmir, trying to sample opinion on the Centre’s new effort to open dialogue.

Dineshwar Sharma landed here last week as a text message. A couple of days before New Delhi’s newest emissary to Kashmir presented his person to the Valley, telephones of local notables began to simultaneously ping – mainstream and separatist politicians, opinion leaders in the media, academia and the bar, hand-picked retired civil servants, all from a list of numbers that Sharma had been handed. ‘Could we meet? Want to talk? I’m coming,’ is how Sharma was sounding out his target audience.

The response he received was, to put it mildly, lukewarm, especially insufficient in dropping early winter temperatures. Separatists rejected the overture out of hand; mainstream entities like Omar Abdullah of the National Conference showed little eagerness, settling down for a ‘private call on’ only because Sharma had gone knocking his door; among others in the intelligentsia, few obliged, opting to sense the depth and drift of Sharma’s enterprise before they revealed their minds. Those that arrived at his heavily secured VVIP perch at Hari Niwas – many dozen delegations, authentic and adulterated – had mostly been herded and nudged to Sharma’s presence by administrative fiat. On the eve of Sharma’s arrival, the office of Divisional Commissioner Basheer Khan, occupied itself shooting off directives to any outfit worth the name to present themselves to Sharma – Bakerwal and Gujjar tribesmen, boatmen, tour operators, hoteliers, motley sets of tillers, women’s and youth groups, government-funded NGOs, even a dubious crew of young journalists nobody seemed to know existed. As Sharma laboured on in his exclusive bungalow, trying to shore up respectable numbers of the interested, The Telegraph spoke to a cross-section of those not on his telephone log – young unaligned professionals who remain invested in Kashmir and count among stakeholders as any other. This is what they had to say on New Delhi’s latest venture: 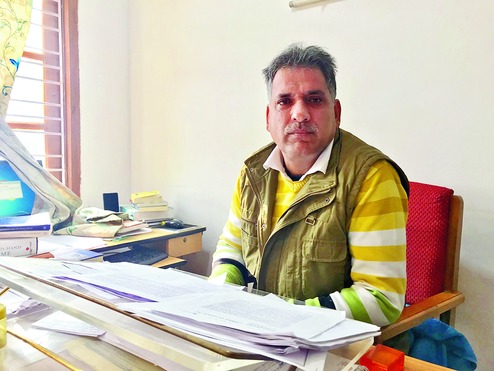 Rashid Rather, Sociologist: Kashmiris love talking, we’ve been talking since 1947. The issue is what about. To me the problem here is not about how to deal with separatists, it is how Delhi has dealt with mainstream parties, right from Sheikh Abdullah to Farooq Abdullah to the present generation of leaders. They have been pressed to the wall. Delhi has failed the Kashmiri mainstream consistently, it was made to fail before the Kashmiri people to a point that it had no credibility left. From Indira Gandhi to Rajiv to P.V. Narasimha Rao to Atal Bihari Vajpayee, everybody made promises and turned on them. That is what has created the space for separatists. There were always separatist pockets here, but they were pockets. New Delhi-inspired failures of the mainstream have expanded the separatist constituency. My message to New Delhi is: don’t be bothered about separatists, look at how you have treated the mainstream, how you have manipulated and emaciated it. But they are not prepared to learn any lessons, they are going on repeating the same mistakes. They have played with the mainstream leadership. Such a record inspires no confidence in us. The new emissary has met many so-called delegations, nearly 40 in two days, but is this a railway platform? What is he trying to do meeting so many delegations in such a short time? Are we to take this seriously? It has become a joke. Please do not come to Kashmir without examining your own record, it will serve no purpose. Go back, introspect and if you realise you’ve made mistakes, a start can probably be made.